What would it take for each young person in Greater Shepparton to realise their full potential?

The Greater Shepparton Lighthouse Project is currently undertaking One Thousand Conversations asking everyone - mums, dads, grandparents, kids, teachers, bureaucrats, government, business and community workers what it would take to see every kid thrive.

A similar project in 2015 lead to many successful new initiatives including a large-scale volunteer program in schools and kinders, the Haven, school camps and a new model linking school curriculum to work in the region.

Executive Officer, Mrs Lisa McKenzie, said the findings of the latest community conversations will drive the next round of initiatives that put young people at the centre of the community and the forefront of thinking and action.

“This is a 20-year plan to see every child happy, healthy and connected. That includes attending kinder, ready for school, transitioning well to secondary school, healthy and well throughout their teens and going on to work or study,’’ Mrs McKenzie said.

“Our work to date has been very successful despite being undertaken with limited resources. We now have State Government support, and a bigger team to drive the changes, and we are becoming a model for what’s possible when a community decides to commit to the success of every child,’’ she said

Lighthouse is asking people to meet in their homes, workplaces, clubs and schools to share the hopes and dreams for young people. They provide facilitator to lead and record the conversation.

“We have 50 community leaders ready to test, prioritise and take those ideas and turn them into actions,’’ Mrs McKenzie said 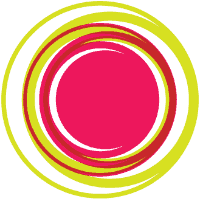